How to handle copycats

all posts, self confidence0 comments

Unfortunately once your business starts to take off, one of the first things you may need to learn is how to handle copycats. These are people who are admiring you, jealous of you or just want to emulate your success. Although copying can be seen as flattery, let’s be real. It can be incredibly annoying when your hard work is copied by others!

What is a copycat?

A copycat is a person who takes what is already out there and copies it for their own use. It could be ideas, designs, concepts, behaviours, words, music … pretty much anything. For instance copycats and ‘sampling’ happens in music all the time. The opening bars of Ice, Ice Baby sound very similar to Under Pressure from Queen and David Bowie, so much so a settlement was eventually paid by Vanilla Ice to the band.

Is it really a copycat?

Sometimes we may perceive people to be acting as copycats and they really aren’t. We may think we put our podcast, video, Facebook Live … up first and therefore someone we know doing the same thing just after us, must have copied us. This may actually be our own insecurities, as they could’ve had the strategy planned for months or years (after all we can’t do all the things the moment we think of them!). So sometimes we just need to be real and chill out 🙂 Also doing ‘a thing’ wouldn’t really be classed as being a copycat. If they do a podcast after you did, but has it’s own vibe, concept, topics etc then it’s just a case of the person doing business in today’s environment.

The other complication can be the business owner isn’t being the copycat, but their business is unknowingly being a copycat because the web designer, graphic designer or social media person has gone out and ‘researched the market’ and has been more than a little inspired by a competitor. In this case the business owner may be genuinely oblivious and shocked, so a simple conversation can be a good starting point when you suspect a copycat.

Why do people copycat?

So there are definitely people who are copycatting and are blatantly doing so. One shocker I saw last year was a poor lady complaining about her website being copied by a competitor. This was blatant as whole pages and sections were 100% lifted from her site – including the entire testimonial section, referring to her name! In this case it was a no brainer to contact the person and ask them to take down the site, which they did. I’m not sure in that case if it was the competitor or the web designer who did the actual copying.

But why do they do it? Often it’s because they perceive what they’re copying from is where they want to be. They see it as a much quicker way to get there to copy someone else, because they think if it worked for the business copied from, it will work for them too. There are other factors in play, so often this won’t be the case. Plus, if caught copying it clearly could backfire.

If we take a view that there is an abundance in what we do, and plenty of clients to go around, then a copycat really shouldn’t bother us. We can take the high ground and simply ignore them or just accept that’s their way, not the best way, and we keep running our own race. However, when we put our heart and soul into developing something, this can be easier said than done.

Reacting to the copycat

Ignoring or accepting is definitely a good strategy, especially when their copying is bordering on having been inspired by us, but not a direct copy. We don’t let the person take residence in our head space and waste our time thinking about them instead of our own business.

However, because of the personal nature of growing a small business, we often find it hard to segregate emotion from logic and the emotional response will overpower us. This may not happen immediately but frustration can grow over time. NEVER respond or reach out to anyone while we’re IN the emotion. We will say and do things we will regret later (and you never know if what we say will be screenshot and shared, or videoed and posted).

Even if you’ve chosen to largely ignore or accept, you may want to retain screenshots and dates, in case things turn sour over time, or the frustration causes you to want to act later (this definitely happens with both trolls and copycats). Store all the information in a folder so it is easily accessible (anyone else have a gazillion of screenshots on their phone?).

A first port of call should be to reach out to the person behind the scenes. Making a scene on socials or at an event is not a good idea at this stage! Reach out to them, give them an example and query them politely. ‘Did you know you put up a post the day after us with the same graphic and message?’ ‘Did you know you used one of our photos without our permission on your social media post today?’ Call them out on it and see how they respond. Stick to facts and try to keep emotion out of it. Hopefully they’ll be honest and admit to doing it, or their web person for instance did it and they will follow it up. Often this addresses the issue as they may be embarrassed to have been caught out.

Vent to a business friend

Sometimes just getting it off your chest and venting to someone else can make you feel better. It won’t stop the copycat, but it may allow you to cope with them without taking further action. It can help remove them from your head space. Plus your friend may give you some other suggestions to deal with them.

Be the original XYZ

I have someone at the moment who is taking on a niche which is clever in her space, so she will become ‘The Niche Thing’ (words replaced of course). She’s already concerned about others coming in and competing with her. In this instance I’d suggest she becomes ‘The Original Niche Thing’. It makes it clear she’s the original and anyone else is simply a copycat.

The world of trademarks and intellectual property has become hugely complicated when dealing in global markets. Protecting your own turf is relatively easy, but going global is expensive and complicated. Remember things we draw, create and write in some countries (including Australia) have some form of immediate copyright protection, typically names and systems require trademark or intellectual property protection. Also note in Australia a business name is for consumer protection, not legal protection to stop someone else using something similar. You need trademark protection to protect your brand.

I’ve seen instances where people providing handmade goods have had their items purchased and then the buyer has asked in-depth questions like where they sourced a fabric from a supplier. There would never be a need to disclose this to a genuine customer so this should raise red flags. Don’t hand out things you’ve taken a long time to acquire like great cost effective suppliers. Share the generic or the obvious but keep some of the best secrets to yourself.

Use your own photos and images

Taking your own photos and images will ensure you retain the copyright in them. Any using of those images without permission will be a breach of your copyright. Whereas if using stock photos they will be able to locate the same or similar images, and not much you can do.

Confront in public or on social media

This should only be done if you’ve tried other channels, and contacted them directly. If you didn’t get any action then you could call them out and say something like ‘this worked great for us’, ‘did you find your prop from the local XYZ too?’ ‘Thanks for sharing our image, we’d appreciate you give us credit next time’. These are of course somewhat passive aggressive, but it makes the message clear to them and their followers you won’t put up with it.

Similarly if someone is following along to every event you go to, then you may want to confront them at an event when there’s someone important around, ‘I know we’ve chatted about this privately before, but I see you copied our post the other day, we’d really prefer you didn’t or gave us credit for it’. They’ll quickly be seen for who they are. Again I stress these confrontations must be kept factual, don’t escalate, and only do if other channels are failing.

A worst case scenario can be to contact a lawyer. Typically this starts with a cease and desist letter, and is a relatively low cost option. However, taking action if they don’t do anything can be expensive, and legal bills can grow quickly. Another option may be to contact your local Small Business Commissioner or alternative business disputes service who may be able to mediate a solution for a small fee. Before taking these channels you’d want to know if it is the business owner or an outsourced provider who has actually been doing the copycat activities.

Keep leading the way by being unique

Continue to be you! Promote why you do, what you do and how you do what you do (within reason). Share your brand values (including being original and authentic). Humanise your brand, because the one thing they can never copy with any substance is YOU and your team!

In summary, dealing with copycats can take a number of channels. Personally I’ve just accepted they’re taking my materials and using them, BUT they will never be me, offer my perspective or my stories which really cement what I’m training. So I leave them to it. However, if you can’t ignore and accept then:

Your thoughts and ideas?

Have you been the subject of a copycat? How did you handle it? Would you have handled it differently with the benefit of hindsight?

About the author – Jane Tweedy

Jane Tweedy is a business trainer, advisor and business coach based in Western Sydney, Australia and with a secondary location in Wellington, New Zealand, and also provides online services to the world. Jane founded FAQ Business Training because she was sick of hearing stories of people being ripped of. Jane wants to educate and empower people to do it themselves, or outsource with confidence. Find out more about Jane here. 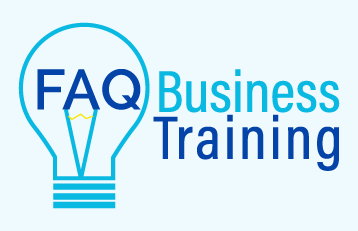 If this is the first time you’ve come across us you may want to know who we are! FAQ Business Training has a mission to educate and empower small business owners to learn enough to do it yourself (DIY) or outsource with confidence. We do this via face to face training in Western Sydney, speaking at conferences, events and networking groups and will soon be offering online courses and webinars to appeal to a global (English speaking) audience. Connect with us on Facebook or LinkedIn.